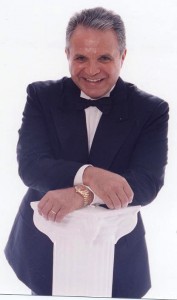 Charles Calello is a famous American producer, arranger, conductor and composer with over 100 Billboard chart records, of which 38 have been in the top 10. Born in New Jersey, Calello attended Newark Arts High School and the Manhattan School of Music in New York City.

In the late 1950s, Calello was a member of Frankie Valli’s group « The Four Lovers ». In 1962, he became the group’s musical arranger by then recalled « The Four Seasons » and join it also as their bassist in 1965.

In 1992 he became the principal arranger and conductor of the Florida Symphonic Sunshine Pops Orchestra and since continues working on differents projects with various renowned artists in particular international.

For more information go to www.charlescalello.com